It occurs to me that I've never REALLY shared our story with you. The part about how we started, how we created a sustainable home based business, how prayers were answered and how very thankful we are to be in this place in our lives.

​I was working in sales at a radio station in Louisville, KY. The station sponsored a local band contest. I watched this super cute and very talented superstar perform and win the award for the Best Country Artist. I just knew he was going to be a STAR. The night we met

This was in 1997. The HEYDAY of country music. We were introduced and hit it off immediately. We dated for about a year when it was obvious that we were in this for the long haul and our future and fortune were to be made in Nashville.

So we moved to Nashville where we were sure that Brooks would be discovered at a local song writer's night. I can remember the first time he played the Bluebird Cafe. I scanned the room looking for the A&R guys that would surely offer him a record contract after his set. But God had other plans. Two years and two days after we were married, we became the proud parents of beautiful, healthy twins, Zane and Zoey. TWINS! What the??? With childcare for two infants being super expensive, we decided that Brooks would be the one to stay home with the kids. As they grew it was evident that they both had some developmental delays. They were both diagnosed with autism at around 2 years old. What we thought would be days of caring for children and nights playing music quickly turned into days consumed with therapies, doctor's appointments, special diets, and basically keeping them alive and safe. And when I say "keeping them alive and safe" I mean that in the most literal terms. Our son was a runner, and an escape artist. We had at least 5 locks on the front and back doors so that we could keep him safe, inside. Our nights were spent recovering from post traumatic stress from our days of being on watch for fight or flight. 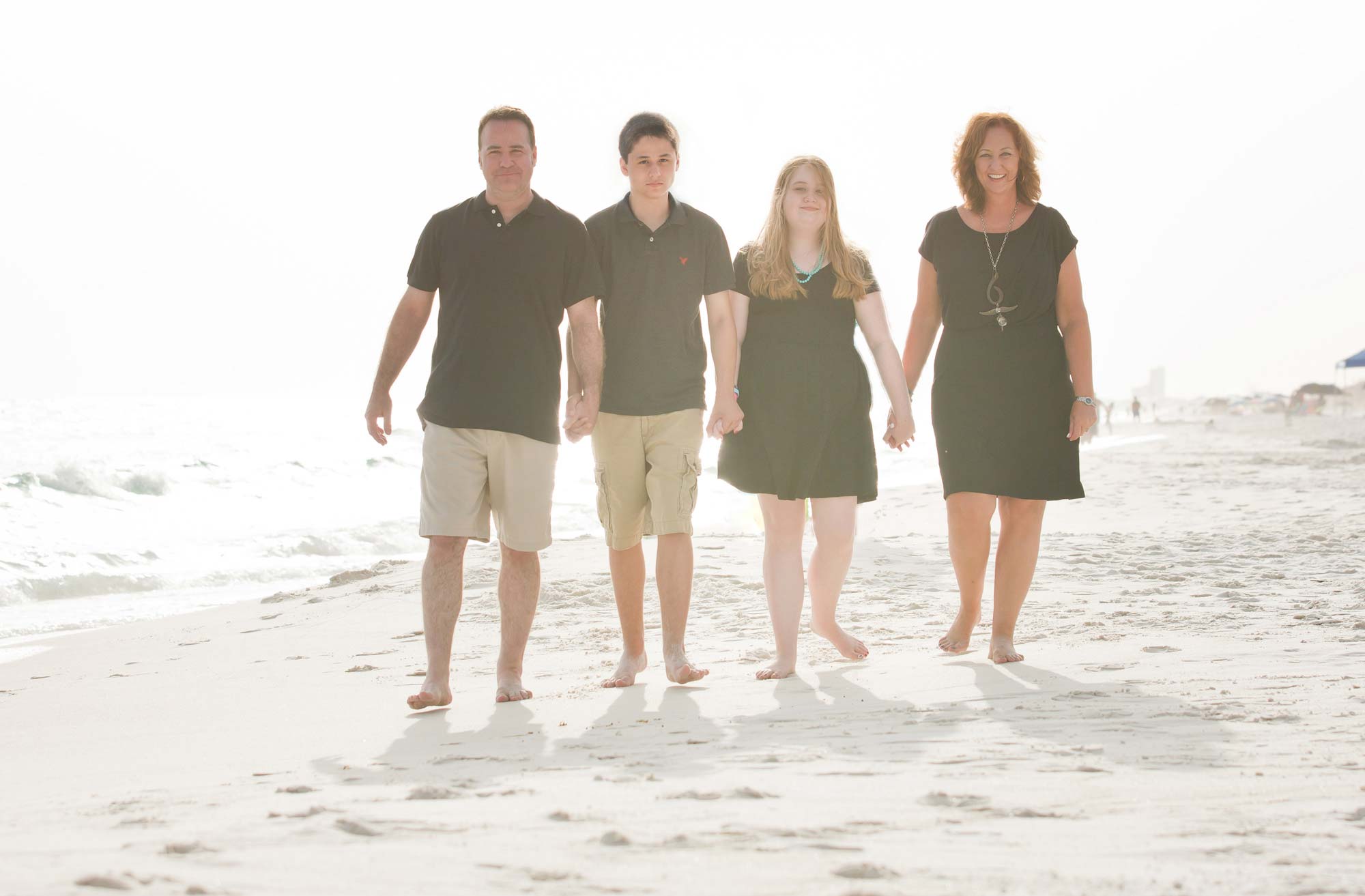 ​We were pretty much homebound. It was nearly impossible to take the kids out into the community because of tantrums and behaviors. We were forced to become the Hosts of any gatherings of our friends. If we wanted any sense of community, it had to happen at our home. Looking for a creative outlet, Brooks and I started decorating our home. Brooks started experimenting with paint, pattern, texture and technique. Our friends who would visit our home would always say, "Can Brooks paint something for me?" Our answer early on was, "No, he doesn't do that. He's an entertainer." But God was writing a different story. Brooks painted this mural at their elementary school.

It became apparent that Brooks had a special talent for decorative painting. Around the same time I developed a passion for interior design. I literally consumed every design blog, magazine, website and home tour available. I began practicing some of what I was learning in decorating our home. My new found obsession + Brooks' talent for decorative painting started to evolve into a concept for a business model; Me doing the design and Brooks doing the execution. A friend was able to land us several features in local publications and we started picking up some outside projects. And then the recession hit. Stay tuned for Part 2. I'll share more of our story next time. 🙂

Ready for Part 2? CHECK IT OUT HERE

Need some help with managing your whole project? In 2017 we expanded our services to also include interior design, full kitchen remodeling services and project management.

Thanks for following along. Make sure you are following us on Instagram and Facebook for daily updates on our projects. Also sign up for our emails to receive info on our latest before and afters.

If you have a kitchen that needs some updating we would love to talk to you. We do everything from custom cabinet painting to full kitchen project management and design. Fill out the form below if you’d like more information.

We would love to hear from you! Please fill out this form and we will get in touch with you shortly.

This site uses Akismet to reduce spam. Learn how your comment data is processed.

Happy February!! Is it time to give your kitchen s

Want to see the other side of the kitchen I posted

Do you have room in your existing kitchen for a be

Capturing all of the angles of this island! This i

Spaces for entertaining were a hit this year! Chec

Wrapping up 2022 with some of my favorite designs

Finally posted all the details and before photos o

Christmas at the Tuckers. 🎄

As far as huge transformations go, this might be t

Laughing so hard at ourselves. We look like the co

Shopping for a new refrigerator? The biggest upgra

Can’t get enough of all the arches in this recen

My approach to designing a room: a few things you

Curves in all the right places. Design @bellatuc

So many of my clients are foregoing the eat in bre

What a venue! What a party! Thank you @kellydoughe